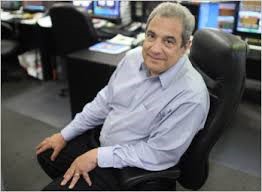 In May of 2015, Nelson Obus’s lawyer opened his client’s trial by saying that either the hedge fund manager is an honest man or “the lamest insider trader in history.” Twelve years after he was first charged by the SEC for insider trading, Obus, the manager of New York-based hedge fund Wynnefield Capital Inc., was found not guilty by a jury.

Fast forward to January 14, 2019 and Obus just submitted an insider filing to his nemesis the SEC,  disclosing that his fund purchased 20,000 shares of Landec Corp. (LNDC) at $11.33. It’s a trade that investors may want to note – not because of any alleged impropriety, but because the stock being bought may be an attractive opportunity.

Back in 2015, a jury cleared Obus, along with one of his employees and a former underwriter at General Electric, of wrongdoing, determining that they had not provided Obus with nonpublic information about the 2001 sale of SunSource. The SEC alleged that Obus received an inside tip that SunSource, a seller of industrial products in which Obus’s fund held a position, was about to be acquired by Allied Capital Corp (ALD). According to the SEC, Obus bought stock in SunSource when he learned of the acquisition, earning $1.3 million for his fund when the company’s stock price nearly doubled on news of the deal.

The SEC’s case, filed in civil court in 2006 a month before the statute of limitations was to expire, hinged largely on two witnesses, including the former chief executive of SunSource, who said in depositions that Obus told them he had been tipped off about the SunSource takeover. It seemed incredulous to many at the time, including Obus’s lawyer, that the fund manager would disclose that he’d received a tip.  “The problem is that confessing is the opposite of concealing,” the lawyer said at the time. “After 13 years, this is the best the SEC is going to offer you: two witnesses’ uncorroborated memories.”

Obus was fully exonerated, but the experience left him a big critic of the SEC, who he says often wields unchecked power forcing small firms to settle rather than face an expensive legal battle.  As he discussed in a WSJ op-ed, Obus incurred more than $12 million in legal expenses. And the 12-year trial also cost his small hedge fund “untold opportunity cost.” A SEC investigation is typically not good for business…According to the New York Times, some Wynnefield investors headed for the exits upon hearing of the SEC matter, withdrawing about $20 million from the fund.

However, since his acquittal, Obus’s firm Wynnefield Capital has thrived. As of Q3 2018, the fund had $355 million assets under management – up significantly since 2014. Wynnefield, which has a small cap, value focus, has performed well. Since inception in 2001, the fund has an annualized return of 12.4%. An investor who bought an equal dollar amount of Wynnefield’s top 20 holdings beginning in 2001, and rebalanced quarterly, would have enjoyed a compounded return of 691.4%. That dwarfs the S&P 500’s total return of 186% over the same period. The fund’s WhaleScore of 84 indicates recent outperformance vs the universe of hedge funds.

Wynnefield’s largest holding at 2.73 million shares, representing over 16% of its portfolio, is Landec Corp. The Santa Clara-based food producer is transitioning from a fresh packaged vegetable producer to a branded, natural foods company. For its second quarter reported on Jan. 3, Landec reported a loss of 1 cent per share on revenues of $124.9 million, disappointing investors. Landec shares fell the next day from $11.42 to $10.33 in response, though the stock has since rallied back above its Jan. 3 level. Obus took advantage of a big December selloff in LNDC to add to his position.

On the Q2 earnings conference call, Landec CFO Gregory Skinner attributed the larger than expected loss to acquisition-related expenses and new product launches. For Q3 of fiscal 2019, the company expects revenues to be in the range of $156 million to $159 million and net income to be $0.03 to $0.04 per share.

In addition to Nelson Obus’s buying on behalf of Wynnefield Capital, other LNDC corporate insiders also recently bought shares:  CFO Skinner bought 25,000 shares at $11.25 on Jan. 8 and three LNDC directors recently bought a total of 21,525 shares at prices ranging from $11.23 to $11.62. The insider buying was the first since Skinner bought 10,000 shares at $5.65 On Oct. 20, 2011. Cluster buying by insiders is typically a good sign, suggesting agreement among executives who know a company intimately, that the stock is a good value.

Nelson Obus withstood a 12-year fight with the SEC to clear his name. He is one of the few people charged with insider trading to take on the SEC and win. Despite this, or possibly as a result of it, his firm has excelled. Wynnefield Capital is definitely a fund worth following.