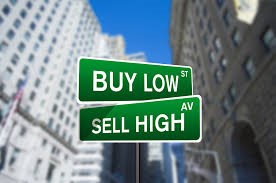 When screening insider trades, my interest is always piqued when I see both top executives of a company buying shares. It implies that the two people with the best information on that company agree the shares are a good value.

That’s what just happened at FS KKR Capital Corp (FSK). Both the Chief Investment Officer (CIO) and the CEO, along with a director, purchased a total of $495,000 of their company’s stock. Adding to the significance of the buying: CIO Daniel Pietrzak increased his holdings in FSK by 58.60%. And CEO Michael Forman bought 25,200 shares as an initial purchase in a pre-defined trading plan, which implies he will be buying more FSK in the future. Also, director Richard Goldstein, bought on two separate days, averaging up.

FS KKR Capital is a business development company (BDC) — a type of closed-end fund that invests in smaller private companies. BDCs are often compared to venture capital funds, but instead of only being open to wealthy, accredited investors, they are available to all investors. BDCs, like closed-end funds, but unlike regular mutual funds, have a fixed number of shares, and trade at a discount or premium to the value of the securities in its portfolio.

FSK is a private debt focused BDC, investing in the senior secured debt and, to a lesser extent, the subordinated debt of private middle market U.S. companies. The company was formed when two BDCs, Franklin Square Investment and Corporate Capital Trust, merged in late 2018. FSK is an externally managed BDC, meaning a third-party management company makes the investment decisions – in this case KKR Credit Advisors. KKR replaced Blackstone as manager in conjunction with the year-end merger.

With a yield of 12.5%, we know FSK is not a risk-free investment. It can be risky lending to smaller companies that cannot get traditional funding from banks – fledgling companies often run into financial trouble. Here is a list of the company’s top holdings as of Q3. Not exactly household names…

Indeed, since taking over management of FSK, KKR has written down five large investments, according to this Financial Times article. According to the piece, “Executives at Blackstone’s GSO credit arm approved the original loans. But KKR is now responsible for collecting the cash and assessing the loans’ value, and has taken a much gloomier view of their prospects. It has placed 28 per cent of the portfolio on a list of deals that require close monitoring or are at risk of losing money, according to securities filings.” It seems BDC investors have concerns about FSK’s portfolio, and the BDC’s price reflects the pessimistic view.

With net assets of $2.07 billion and outstanding shares of 239 million, FSK’s net asset value (NAV) was $8.64 as of Sept. 30. However, much has happened since Q3’s end (when most BDCs last reported NAV) — including the worst December for the stock market since the great depression. However, according to this Jan. 3 article, FSK’s NAV was priced at $7.92 on the Dec. 15 “determination date” of the merger. Assuming this valuation is accurate, based on a recent price of $6.08, FSK trades at a 23% discount to NAV. The drop from $8.64 would include a dividend payout of $0.19 and investment losses. The Jan. 3 article goes on to make a case that FSK is mispriced and that several catalysts may soon shrink FSK’s discount to NAV, including a share buyback program possibly commencing soon.

In a Dec. 19 press release announcing the merger’s close, Todd Builione, President of FSK, said that: “We believe buying shares of FSK is a compelling opportunity. Given current trading and dividend levels, investors are able to earn a 13% annual dividend yield with the potential for significant market price appreciation through convergence to fundamental book value. Our board has authorized a $200 million share repurchase program, which reflects our perspective on this buying opportunity and confidence in our investment portfolio and broader franchise.”

Of course, the management of a company typically has positive things to say, but when the executives also invest personal wealth, it adds credence to the words.