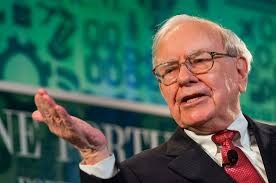 Warren Buffett is generally regarded as the greatest investor of our time. That’s why every quarter, when Buffett’s fund Berkshire Hathaway updates portfolio holdings, Buffett followers scrutinize the reports, hoping to profit from the moves of the world’s 3rd richest person.

The four new positions comprise a small part of Berkshire’s portfolio at the end of the 3rd quarter: Only JPM, at 1.82%, was greater than a 1% portfolio holding.

But possibly it’s these new holdings that investors should be paying the most attention too.

It’s not news that Buffett’s best returns occurred a couple decades ago. In recent years, Berkshire’s assets under management have become so large that posting market-beating returns has become challenging. Since 2001, Berkshire Hathaway A-shares (BRK-A) have gained 347%. That’s an annualized return of about 9%. Over that same period of time, the S&P 500 generated a total return of 201%, which is about 6.5% annualized.

Buffet’s recent returns are good, if not great. But here’s how Buffett followers could have nearly doubled the returns of BRK-A – by investing in the brand-new stock positions Buffett initiates every quarter. Buying equal positions of Berkshire’s new holdings, then replacing those holding with next quarter’s new picks, would have generated a total return of 1463% since 2001. That’s an annualized return of about 17%, nearly double the performance of BRK-A. I discovered this strategy by using Whalewisdom.com’s 13F Backtester.

Certainly, there are other strategies one can develop by analyzing Berkshire Hathaway’s portfolio. For instance, “cloning” an equal-weighted portfolio of Berkshire’s ten largest positions since 2001 would have returned 8.6% annually.

If you’re not familiar with the concept, cloning refers to imitating the portfolio holdings of a fund manager by copying the Form 13F positions disclosed by the manager’s fund. A 13F is a filing that all institutional investors who manage over $100 million in assets must submit to the SEC no later than 45 days after the end of the March, June, September, and December quarters. By emulating Buffett’s positions every quarter, you can essentially let the best fund manager in history run your portfolio. And it’s free of charge!

But backtesting shows that there’s something special about the performance of Buffett’s new positions – at least over the short term.

Below is the historical compounded return of holding Berkshire Hathaway’s new positions and rebalancing quarterly. Light green is the strategy since 2001, dark green the S&P total return. Source: Whalewisdom.com

Why do Warren Buffett’s new portfolio additions outperform in the months after they’re disclosed? Maybe Buffett adds new positions when the stocks are down, and they tend to mean-revert higher over the short term. Possibly it’s the “halo effect” – investors who believe Warren can do no wrong piling into his latest picks. Could be its extensive media coverage of a new stock liked by Buffett – after all, the Oracle doesn’t exactly trade a lot. (He’s referred to his favorite holding period for a stock as “forever.”)

Whatever the reason, Berkshire’s newest portfolio additions are a good bet to beat the market over the next several months.