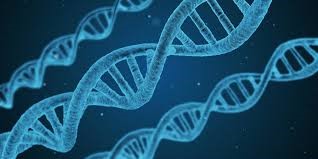 In the 2nd quarter of 2018, institutions increased their holdings in PFNX by over 50%. 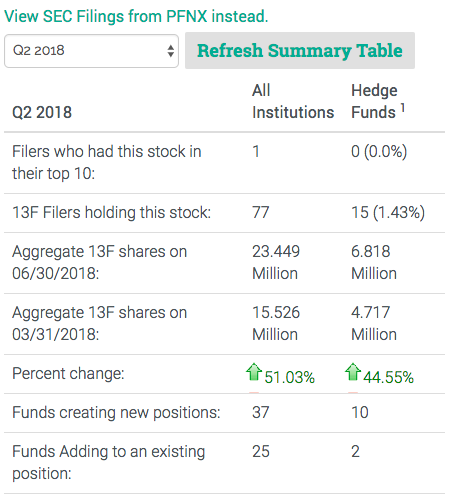 Then, from August 22 through September 11, three Pfenex insiders, including the company’s CEO and two directors, bought a total of 26,000 shares at about $5 per share.

PFNX’s 2nd quarter 13F increases were mostly the result of a secondary offering of about 7.8 million shares (including underwriters’ over-allotment) that was well received. The offering was priced at $5.50 on May 23.  As of Sept. 14, PFNX was trading at $4.59.

Pfenex’s lead product is PF708, a therapeutic equivalent candidate to Eli Lilly’s drug Forteo (teriparatide) for the treatment of osteoporosis. Among other Pfenex drugs in development are novel anthrax vaccine candidates, such as Px563L and RPA563 that are in Phase I study.

On May 14, the company announced the results of a study which showed comparable effectiveness of PF708 and Forteo. In a press release CEO Eef Schimmelpennink said: “We are on-track for submission to the FDA in the third quarter of 2018, with a potential commercial launch in the United States as early as the third quarter of 2019, subject, of course, to FDA approval of the application.”

PFNX shares jumped nearly 40% the next day, from a $6.10 close to a high of $8.40.  The gains didn’t hold however, because on May 22, the company took advantage of the higher share price and announced the secondary stock offering of $7.8 million shares – resulting in about 30% dilution of outstanding shares. The offering was priced at $5.50 on May 23.

Now the thinly traded biotech stock’s shares are nearly 15% below the secondary level. Microcap stock’s such as Pfenex (market cap $151 mil, average daily volume of 192K) are susceptible to bouts of volatility as large holders move in and out of positions. However, investors comfortable adding a development stage biotech stock to their portfolio may want to accumulate shares at levels below where the smart money recently found value.