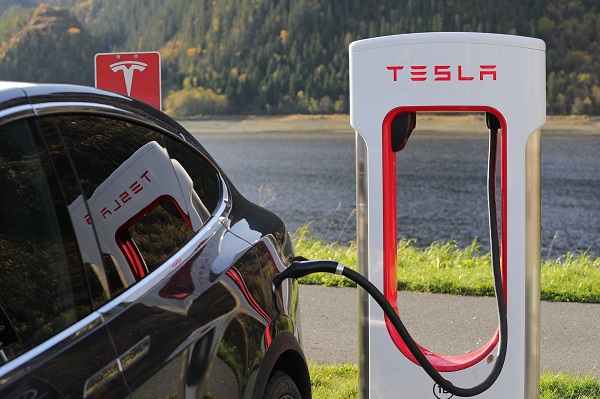 But the big purchase by Musk begs the question: Is it usually profitable to follow famous CEOs into their own stocks when they buy shares?

Using WhaleWisdom.com’s Insider Backtester, we tested how copying Musk’s prior purchases would have worked out in the past.

Buying on the close the day after Musk disclosed buying TSLA shares via a Form 4 Filing, and selling one month later would have earned you an average 6.95% return (83.4% annualized) based on six open market buys by Musk since June 8, 2011, when he first bought open market shares. The only time TSLA shares traded lower a month after a Musk purchase was his most recent buy.

Musk also has a buying history with another stock, SolarCity Corp, a formerly public company that Tesla purchased in August of 2016.

Following Musk into SCTY and selling a month later would have paid off nicely, averaging a 52.75% one month return over three trades. Also, it should be noted that Tesla’s SolarCity purchase was an all-stock deal. SCTY shareholders received 0.11 shares of TSLA for every share of SCTY. So, on a long-term basis, following Musk into SCTY would have worked out very well.

Mimicking Musk’s open market buys would have paid off in the past; but what about other famous CEO’s insider buying? Does it generally pay to jump in when someone other than Musk buys his or her own shares?

As it turns out, many of the most famous CEO’s have limited or no track record of open market buying of their own shares. Mark Zuckerberg, Jeff Bezos, Tim Cook and many other high-profile executives have no history of insider buying. Certainly, most show historical insider selling, as it’s very common for executives to exercise stock options received as compensation then sell that stock. This generally doesn’t imply a negative opinion of an executive regarding their own company.

The lack of insider buying on the part of most famous CEO’s can mostly be explained by this fact: They typically already own a ton of their company’s stock.

For instance, Musk’s recent buying spree on Tesla shares increased his holdings by about 0.20%. Musk did not buy more TSLA shares because it would make him richer — buying $25 million more TSLA stock isn’t going to impact his estimated $20 billion net worth. More likely, Musk was engaging in some PR, seeking to shore up confidence in TSLA shares after some recent bad publicity. Nonetheless, it’s hard to argue with his insider buying track record.

Here are some big-time CEOs who have insider buying histories:

For executives with large stock positions in their companies, buying more shares on the open market isn’t going to move the needle on their wealth. However, for insiders at smaller companies, this may not be the case. We ran a backtest at WhaleWisdom to make the point.

We simulated what would have happened if every time a C-level executive bought $200K of stock, we spent 10% of a fictional portfolio on that stock and held for 90 days. (The backtester makes some specific allocation decisions that we won’t get into here.) The end result is this: Going back to 2008, copying insider trades of $200K or more by C-level executives of stocks with more than $10 billion market cap would have resulted in an annual return of 10.5% — a bit better than the S&P 500.

However, mimicking the $200K buys of C-level executives at small-cap companies with less than $10 billion market cap and above $1 share price would have earned 35.9% annually– over four times the total return of the S&P.

So, while famous insiders like Elon Musk often make headlines when they buy their own shares, investors seeking to profit by following insiders may want to focus on the buying of less famous executives.