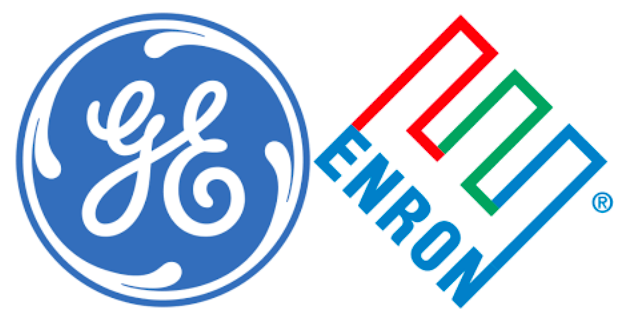 GE is another Enron, only worse. That’s according to forensic accountant Harry Markopolos, famous for raising red flags about Bernie Madoff ’s Ponzi scheme before most anyone else had a clue.

Markipolos released a report on Thursday claiming General Electric (GE) has been practicing Enron-like fraud for “decades.” Enron reached a $40 billion valuation based essentially on accounting fraud, fooling Wall Street for years before things unraveled. The stock traded for $90 in mid-2000, and was a bankrupt penny stock by Dec. of 2001. Enron is possibly the worst case of willful corporate fraud and corruption by a public company in US history. Committing greater fraud than Enron would be a high hurdle indeed.

A hallmark of the Enron scandal was the massive insider selling by the firm’s corporate insiders before the shares collapsed. Enron executives built a fraudulent company, promoted it to incognizant investors, drove the stock ever higher, and cashed-out along the way. It was pump-and-dump on a massive scales. From a Jan. 2002 New York Times article:

As Enron stock climbed and Wall Street was still promoting it, a group of 29 Enron executives and directors began to sell their shares. These insiders received $1.1 billion by selling 17.3 million shares from 1999 through mid-2001, according to court filings based on public records. They continued selling just before Enron’s stock started to tumble early last year and the company began its slide into bankruptcy protection.

One of the biggest sellers was Kenneth L. Lay, who became prominent as the company’s chairman and a leading contributor to President Bush. He was among more than a dozen Enron executives who received $30 million or more, including one who sold shares valued at $353.7 million.

Whistleblower Markipolos: GE has been using the “GEnron playbook” for “decades.”

In a research report posted online Thursday, Markipolos says he’s discovered an “Enronesque business approach that has left GE on the verge of insolvency.”

“Using the GEnron Playbook…GE has been running a decades long accounting fraud by only providing top line revenue and bottom line profits for its business units and getting away with leaving out cost of goods sold, SG&A, R&D and corporate overhead allocations.”

Then Thursday afternoon, after Markipolos’ bear report sent GE down as much as 15% from Wednesday’s close, Culp bought yet again. He disclosed another $2 million purchase of his company’s stock, this time at $7.93. CEO Culp increased his stake in GE stock by 27%, to 1.18M shares, valued at $9.66 million based on the stock’s $8.17 close.

GE insider purchases since July of 2017.

But there has indeed been insider selling at GE over the last couple years — a total of $65.32 million worth. While this almost matches the insider buying total, it’s important to note that all but $1 million of the selling was by Edward Garden in his capacity as Chief Investment Officer of Trian Partners. The $9.5 billion Trian hedge fund is headed by long-time activist investor and billionaire, Nelson Peltz.

The 6.65 million shares sold by Trian in late May left the hedge fund with 64.2 million shares of GE, the funds 4th largest position, according to Trian’s 13F filing reflecting Q2 holdings.

Enron insider selling since July of 2017.

If Trian had the slightest suspicion that GE is another Enron, you’d think the fund would have dumped its entire position long ago. Nelson Peltz is a shrewd guy, a very successful hedge fund manager. And Trian’s CIO is a GE director. It would be shocking if GE was cooking the books while Trian was a major shareholder.

But Enron fooled a lot of smart people, including Wall Street experts. So did Bernie Madoff. Maybe GE’s been doing the same.

If GE insiders know their company is a fraud, what’s the point of buying millions of the stock? Rather than buying more, shouldn’t they be cashing-out before the game is up?

If there has been systematic accounting fraud going on for years at GE, why all the insider buying? if you know your company’s a sham, and investigators are on your trail, why would you buy tens of millions of dollars of your company’s stock? Shouldn’t you be cashing-out before the game is up?

It must be noted that a disclaimer on Markipolos’ website admits he is working for an unnamed hedge fund, and will share in short sale profits with the fund, should the price of GE stock fall. This does cast some doubt on the whistleblower’s motives and credibility. However, back in 2000, the famous short-seller Jim Chanos was instrumental in exposing the Enron fraud, while profiting from the company’s collapse.

So, is GE is another Enron as whistleblower Markipolos alleges? Enron insiders were cashing-out as the stock rose. Why do GE insiders keep putting more skin in the game as their stock falls?