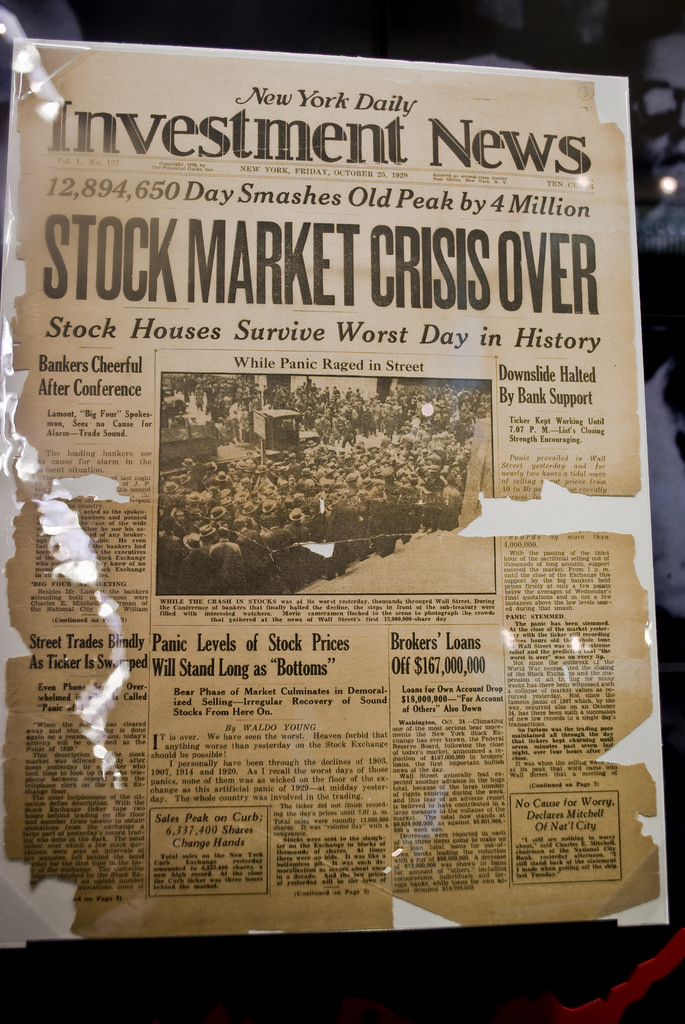 There’s an old Wall Street saying: “Don’t try to catch a falling knife.” Sage advice, but in recent weeks stocks have been falling like a thousand machetes. If you’re an investor, every buy decision made since October has likely had the same result – you’ve ended up bloodied.

However, there is a group of investors that is stepping into the fray – corporate insiders. Based on data from WhaleWisdom.com, last week marked the greatest number of buy decisions by corporate officers and directors since August of 2015. Back then, the spike in insider buying coincided with a 15% market rally over the next two and a half months.

Weekly number of buys and sells by U.S. officers and directors over the last 5 years. 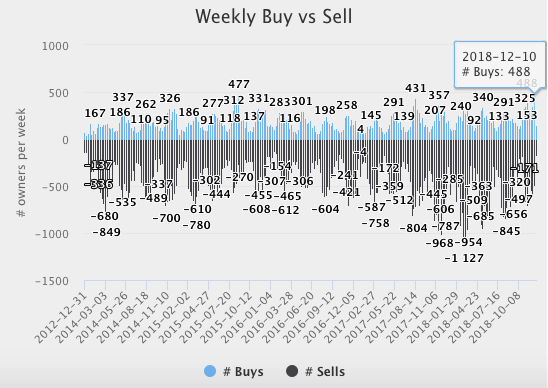 For the week of Dec. 10-14, officers and directors of public companies reported 488 separate insider buys. That beats the previous high of 477 for the week of August 24, 2015. That was the week of “Black Monday” for China’s stock market, when the Chinese Shanghai Composite Index fell 8.5%, and global equities imploded. Here’s what one market prognosticator wrote at the time:

“Those that watched their stocks steadily increase in value for years are now seeing all of that ‘wealth’ disappear at a staggering pace…nearly two years of gains have already been obliterated…events are playing out just as I warned. But this is just the beginning – what is coming next is going to shock the world.”

Sound familiar? But the Armageddon feared by many didn’t happen. Instead, the week of August 24, 2015 marked the end of a 14% S&P 500 correction – and stocks soon tested all-time highs again. How much is the current correction in the S&P since October? As of Tuesday, about 15%. Could this recent insider buying spike be a prelude to a double-digit market rally? 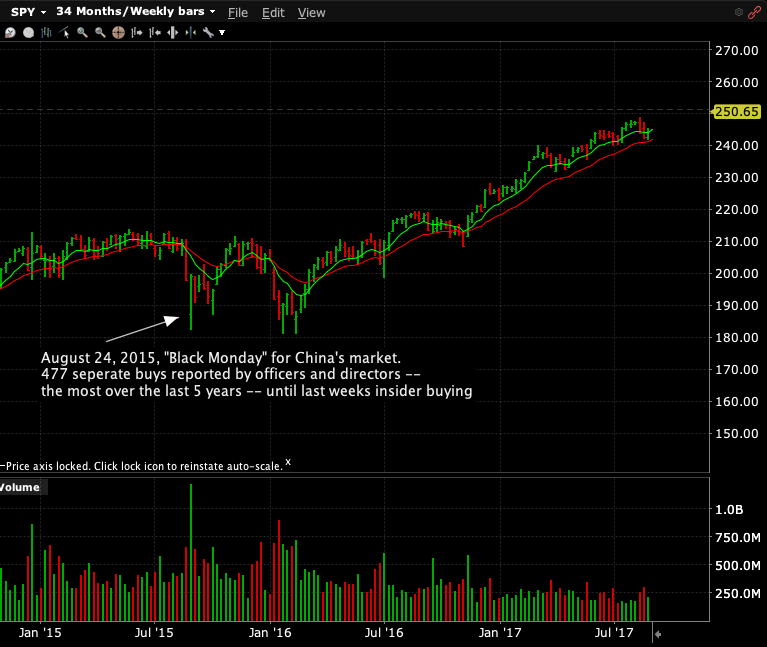 The thing to keep in mind about insiders is that they must abide by the “short-swing profit” rule. It’s a SEC regulation that requires a corporate insider to return any profits made from the purchase and sale of company stock if both transactions occur within a six-month period.

So, when an insider buys a plummeting stock, he or she isn’t trying to scalp a few points for a quick profit. Rather, the insider is looking out at least six months. Of course, a lot can happen in six months. These days a lot can happen in six hours… But because of the short-swing rule, insiders aren’t market timers. Generally, an insider buys because he or she believes a stock trades for less than the real-world value of its business, and at some point, they’ll make a profit.

However, even though they aren’t trying to pick a bottom, if a boatload of insiders see value in their own shares at the same time, the market could be getting oversold and cheap.

For most of 2018, insider selling trounced insider buying. According to WhaleWisdom data, the five-year record for insider selling was the week of Feb. 26, 2018 when there were 1,127 sales by officers and directors. Since 2017, the average weekly ratio of insider selling to buying was over 3.

Insider selling is almost always greater than insider buying because insiders are granted large numbers of stock options as compensation. So, a large part of insider selling is officers and directors essentially cashing paychecks, and doesn’t reflect negative views on equities. Whereas insiders generally buy because they see their own shares as good investments. Over the last five years, I count only three separate weeks with more insider buys than sells: August 24, 2015, Feb. 8, 2016 and Oct. 22, 2018. The ratio for the week of Dec. 10 was 1.00. So far, this week’s insider buying is also outpacing selling.

For reference, the all-time record for the number of buys by officers and directors was the week of Nov. 17, 2008, when 1,491 insider buys were reported. That week also set the record for the lowest weekly insider sell vs buy ratio of 0.25.

Insider sell vs buy ration since 2008. 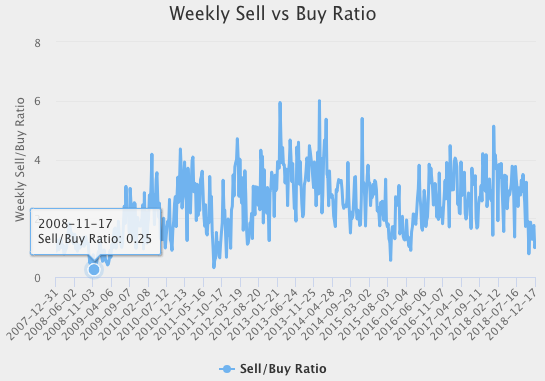 While the current spike in insider buying is noteworthy, it’s yet to reach levels hit during the financial crisis. And keep in mind that insiders, like all value investors, can be wrong and are often early. Anyone buying quality stocks in 2008 based on soaring insider buying would have eventually made great money – assuming they continued to hold despite extreme volatility. So, while the surge in buying by officers and directors may not be calling a bottom in stocks, it does imply that insiders with proprietary information view stocks as increasingly cheap.