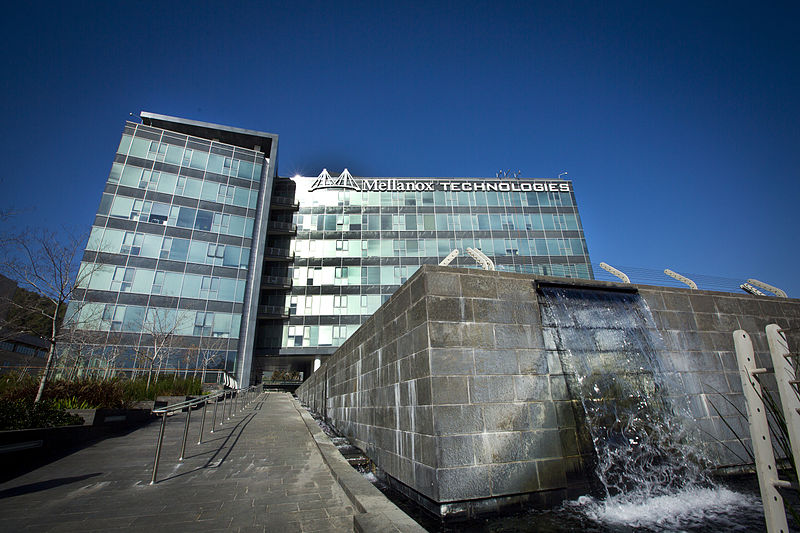 A Mellanox (MLNX) insider bought $2.2 million of the Israeli chip designer as fears China will block a proposed merger with Nvidia Corp (NVDA) pushed the price of MLNX well below the buyout price.

Stephen Sanghi, a director of Sunnyvale-based Mellanox since February of last year, disclosed yesterday afternoon the purchase of 20,000 MLNX at $110.54. Sanghi is also the CEO of Microchip Technology (MCHP).

The Mellanox insider purchase comes as the U.S.–China trade war intensifies. Investors fear the Chinese regulator will block the Mellanox–Nvidia deal to retaliate for U.S. tariffs. Amid trade tensions last year, China squelched Qualcomm’s acquisition of NXP Semiconductor. However, earlier this year, China did allow KLA-Tencor’s $3.4 billion takeover of the Israeli company Orbotech to go through.

Nvidia and Mellanox do big business in China, thus Beijing must approve the merger.

Nvidia and Mellanox both make data-center interface technology, and each gets about 25% of sales in China, the world’s largest semiconductor market. That means they’ll need approval from Beijing — which is not a certainty. In addition to trade war complications, China has been trying to bolster domestic chip production. Meanwhile the U.S. is seeking to maintain its dominance in the industry.

Santa Clara-based Nvidia, whose graphics chips are popular with computer gamers, especially in China, has expressed confidence it will get the approvals needed by the end of the year. Nvidia CEO Jensen Huang told CNBC’s Jim Cramer on March 19 that he isn’t worried that the tariffs lodged between the world’s largest economies will directly impact the semiconductor manufacturer’s business.

“The vast majority of our technology and products are created in Taiwan, so we’re not affected largely by the tariffs,” he said.

Mellanox insider Sanghi bought MLNX when the deal spread was at a wide 11.6%.

Bram de Hass, publisher of the Special Situation Report, puts the probability of the Nvidia–Mellanox deal closing at 92.5%. He says there are two ways to win: 1) If fears subside ahead of the actual go-ahead or 2) if the deal is closed.

And what happens if the deal doesn’t go through? According to de Hass:

In this case, the downside is interesting as well. Although there were other interested parties for Mellanox, just like in the Roche (OTCQX:RHHBY) and Spark (ONCE) deal, in this instance, a break is much more unfavorable if based on Chinese objection. The problem being trade tensions and regulatory approval will also become an objection to other bidders. I’ve taken the break price down to $72 to reflect this. I believe most arbs use a higher number and I could be way conservative.

Analyst James Fish of Piper Jaffray see’s a “decent fundamental backboard” if the deal is denied with Mellanox at a standalone value of $115/share.

Nvidia’s $6.9 billion offer for MLNX beat out Intel and Microsoft. Mellanox has essentially been in play since June 2018 when it rebuffed a bid by Marvell. Activist hedge fund Starboard Value, managed by Jeffrey Smith, began buying MLNX in Nov. of 2017, and gained board representation.

However, Starboard Value liquidated its entire stake as MLNX shares spiked after the buyout announcement. According to a 13D filed on March 11, the fund sold all of its 3.1 million shares at an average price of $118.47. Starboard first disclosed a MLNX position in Nov. of 2017 with a cost of $51.05. The activist fund appears to have doubled its money on the MLNX investment.

Mellanox insider Stephen Sanghi’s $2.2 million purchase on June 5 looks to be a bet that the MLNX-NVDA merger will go through. Most likely he makes a 13%, $289,000 profit for a six month hold. Worst case, he holds a valuable company, likely to receive renewed buyout interest down the road.