Maybe most notably, the renowned value investor added a new stake in FedEx Corp (FDX), which recently made 2 year lows. In June FDX cut it’s business relationship with Amazon, as the retailing giant expands its in-house fulfillment services and competes with FDX. Burry apparently feels the competitive threat from Amazon is overblown, and made FDX his fund’s 4th largest position.

According to WhaleWisdom’s 13F backtester, a manager-weighted portfolio of Scion’s top ten holdings was up 18.32% year-to-date through Q2’s end. You can analyze Scion Management’s Q2 holdings in detail here.

Burry added 980,800 shares of Tailored Brands (TLRD) in Q2, making the retailer, formerly named Men’s Wearhouse, Scion’s #3 position. TLRD was first added by Burry in Q4 2018. WhaleWisdom estimates that Burry’s cost in the stock is $8.74. TLRD was recently trading at $4.68. While the popularity of casual dress has hurt Tailored Brands, sending the stock into an extended swoon, TLRD’s dividend yield is now 15.5%. Scion held 3.69% of Tailored Brands’ outstanding shares at Q2’s end. Burry obviously believes the stock is a bargain.

Scion Management’s Q2 holdings showed Cliffs Natural Resources (CLF) as the fund’s #2 position at 12.54% of the total. Burry added 350,000 shares during Q2. CLF is down 22% so far in August as worries of a weakening global economy have hurt natural resource stocks. An insight into Burry’s thinking on CLF may be found in the bullish post-Q2 earnings comments by CLF’s CEO Lourenco Goncalves.

Cardinal Health (CAH) was another new add, becoming Scion’s 6th largest holding. The healthcare company is trading near 2019 lows, off about 25% from Feb. highs.

Dr. Michael Burry, profiled in the book and movie The Big Short, gained fame for shorting sub-prime mortgages prior to 2008, betting that the sub-prime market would implode. He was proven spectacularly right, making his Scion Capital clients, and himself, hundreds of millions. Scion capital recorded net returns of 489.34% before the reclusive Burry shut it down in late 2008. He reopened Scion Asset Management in 2013. His first 13F filing since reopening Scion was Q4 of 2018.

Burry is a hard-core value investor. He’s said that all of my ideas are based on margin of safety. In Scion’s ADV filed with the SEC, he states that the fund strives to achieve

Clients’ investment objectives primarily through fundamental research in pursuit of undervalued and/or misunderstood investment situations in the global theater. This fundamental research may take into account technical, macroeconomic, and other tactical approaches to the ever-changing securities marketplace. Investment in individual equities based on Scion’s fundamental, value-oriented analysis will often be a principal emphasis.

But Burry is unorthodox, a unique thinker with his own distinctive contrarian approach. As Michael Lewis wrote in the Big Short, Burry does not believe that investing can be reduced to a formula or learned from any one role model. The more he studied Warren Buffett, the less he thought Buffett could be copied. Indeed, the lesson of Buffett was: To succeed in a spectacular fashion you had to be spectacularly unusual. “If you are going to be a great investor, you have to fit the style to who you are,” Burry told the author, adding:

“At one point I recognized that Warren Buffett, though he had every advantage in learning from Ben Graham, did not copy Ben Graham, but rather set out on his own path, and ran money his way, by his own rules. . . . I also immediately internalized the idea that no school could teach someone how to be a great investor. If it were true, it’d be the most popular school in the world, with an impossibly high tuition. So it must not be true.” 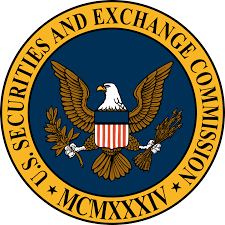