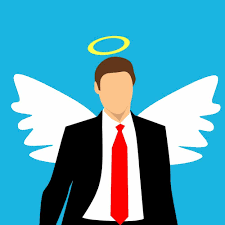 Below is a list of the top ten most overrated hedge fund managers. Many of these guys (they’re all men) have become celebrities, idolized by investors, just like movie stars or great athletes are in mainstream American society. And most of them made their billions — and forged their reputations — years ago. Recent performance doesn’t rise to the level of their celebrity.

WhaleWisdom.com has data on which hedge fund reports within the site are most visited by investors. Essentially, one can see which hedge funds are most popular with investors visiting the site. We used this data, along with performance data, to identify the most overrated hedge fund managers.

While investors can easily search for the top performing funds in WhaleWisdom, the “titans of finance” attract the most attention. It’s the halo effect — investors believe that the legendary managers know the “secrets” of building great wealth, so their stock picks are likely to be exceptional. But in reality, top performing small, obscure hedge funds may be the best source of ideas.

For our analysis, the historical performance of hedge funds is based on the 13F filings submitted quarterly by large investors. 13F’s disclose long holdings only, so the returns experienced by investors in a fund would differ from the long-only 13F portfolios. Equal-weight positions are taken in a fund’s top twenty holdings and rebalanced quarterly.

Here are the top ten most overrated hedge fund managers.

Pershing Square’s Bill Ackman attracted lots of attention with his infamous March 18 interview on CNBC where he warned that “hell is coming.” He pleaded for Donald Trump to shut down the country for 30 days to contain the fast-spreading coronavirus, calling it the only option to rescue the economy. Turns out he had bets against the stock market that paid off big-time as stocks crashed. Then he plowed those profits into long positions and rode the big bounce in the market higher. Genius move. But in recent years, his stock-picking has been sub-par. Popularity rank: #11. Five year performance of stock picks: 7.67%

Stanley Druckenmiller, manager of Duquesne Family Office, is an investing legend. He was the lead manager for George Soros’ Quantum Fund from 1988 to 2000. The two of them famously broke the Bank of England by shorting the pound in 1992. Forbes estimates his net worth to be $4.6 billion. Since 2011, he’s run his own his own family office, but still gets lots of attention from investors — he’s ranked as the #12 most popular manager among WhaleWisdom users. However, the stock-picks of the living legend have been pedestrian recently. The Duquesne Family Office’s 13F portfolio performance over the last five years totals 47.16%, lagging the S&P 500.

Seth Klarman of Baupost Group has a wide following — he’s the sixth most popular fund at WhaleWisdom. His value investing acumen is legendary. Klarman’s book Margin of Safety is a classic that sells for thousands of dollars. Investors follow his every move closely. But copying his stock picks in recent years would not have made you rich. Five year return of 13F portfolio: 15.71%.

Paul Singer of Elliott Management is a renowned activist investor who has gained a reputation among CEOs and board members as the world’s most feared investor. When Singer discloses a target, investors typically jump into the stock, looking to profit as the manager extracts value from the underperforming company. But Elliott Management, the 17th most popular hedge fund, has shown middling returns recently — at least based on 13F data. Singer’s 5 year return is 23.47% vs the S&P 500’s total return of 64.62%. An equal weighted portfolio of Elliott’s top 20 holdings is down 20.62% year-to-date.

Steven Cohen built his reputation — and his $13 billion fortune — as the manager of SAC Capital. But in 2013 S.A.C. pleaded guilty to insider trading and agreed to pay $1.8 billion in fines in one of the biggest criminal cases against a hedge fund. Cohen was prohibited from managing outside money for 2 years as part of the settlement reached in the civil case. Cohen converted his SAC operations into the Point72 family office in 2014. Based on his #36 popularity rank at WhaleWisdom, investors still pay close attention to Cohen’s stock picks. This hasn’t been a very profitable approach though, as the 5 year total return of Point72’s 13F portfolio has been 40.49%. That’s 20% less then the S&P total return index.

Bill Miller, manager of Miller Value Partners was once in the upper echelon of Wall Street stardom. From the beginning of 1991 through the end of 2005, Miller’s Legg Mason Value Trust mutual fund was the only fund to have beaten the S&P 500 Index each calendar year for that 15-year period. However, over the next five years Miller had a cumulative loss of -30.05%.  Since starting Miller Value Partners he has regained some of his reputation. Still an investing genius in the minds of many, Miller ranks #43 in popularity among managers. His hedge fund boasted big gains in 2019 — apparently with the help of 3x leverage. However, investors who cloned Miller Value Partners’ positions using an equal-weight portfolio saw a cumulative return of just 0.40% over the last five years.

Greenlight Capital‘s David Einhorn is a widely followed hedge fund manager, the #21 most popular on WhaleWisdom. He’s built a reputation for making prescient long and short investments. Einhorn started Greenlight Capital in 1996, and over the next decade, the fund experienced annualized returns of 26%, far better than the market. Einhorn was included in Time magazine’s Time 100 list of “100 most influential people in the world” in 2013. But Greenlight has underperformed badly in recent years, returning -21.02% over the last 5 years. Once a billionaire, Einhorn’s net worth is now estimated at only $700 million.

Michael Burry, manager of Scion Asset Management is another investing legend. He was one of the first people to recognize the massive risk in the pre-2007 sub-prime real estate market. The then unknown money manager bet over $1 billion that sub-prime would implode. When it did, he made himself and investors in his hedge fund hundreds of millions. Burry’s fame skyrocketed after being featured in the book and movie The Big Short. He is the third most followed manager in the WhaleWisdom database. The reclusive Burry closed his hedge fund soon after his big success. He opened a 2nd incarnation of Scion in 2016, focusing on value stocks. Burry’s stock picks have been unspectacular, however. Over the last three years, an equal-weight portfolio of Scion’s top holdings has returned -1.14% vs the S&P’s 34.33%.

Warren Buffett is the world’s fourth-wealthiest person with a net worth of $88.9 billion.  If you’d invested $10,000 at the end of 1964 in his holding company Berkshire Hathaway (BRK.B), you’d have more than $274 million as of the end of 2019, a compound annual return of over 20%. All this wealth was generated from the “Oracle of Omaha’s” stock-picking ability. It’s hard to argue with the widely-held belief that Buffett is the greatest investor in history. So of course, thousands of investors obsess on each and every trade made by Buffett, looking to profit from the Oracle’s genius. Berkshire Hathaway is the most followed fund at WhaleWisdom. Only problem is, Mr. Buffett’s stock picks have been mediocre at best for years now.

Over the last 5 years, Berkshire’s 13F portfolio of top 20 positions, equal weighted, rebalanced quarterly, has returned 33.93%. That’s slightly more than half of the S&P’s return over the same period.

Ray Dalio’s Bridgewater Associates is the largest hedge fund in the world with assets over $160 billion (though only $5 billion is in managed 13F securities). Bridgewater is often referred to as the most successful hedge fund of all time. Dalio founded the fund in 1975 out of his apartment in New York, and to date its made clients nearly $58 billion. Dalio’s net worth is estimated to be over $18 billion.

The hedge fund manager’s opinions on the financial world and the keys to success are studied intently by investors worldwide. His book Principles published in 2017, is a bestseller. He’s the second most popular fund manager in the WhaleWisdom data base, just behind Buffett. Presumably investors are keen to follow every investment the master makes. But if they’re after hot stock picks, investors may want to look elsewhere. Over the last five years, Bridgewater’s 13F portfolio has managed only a 10.81% cumulative return, badly lagging the market.

We just highlighted the most overhyped hedge fund managers. Next we examine the elite performing funds that fly under the radar. Here are the top ten most underrated hedge funds.

You can follow 13Fs, insider buying and other SEC filings at WhaleWisdom.com.

Contact Mark about investing based on SEC filings and smart money disclosures.

This investment blog (the “Blog”) is created and authored by Mark W. Gaffney (the “Content Creator”) and is published and provided for informational and entertainment purposes only (collectively, the “Blog Service”). The information in the Blog constitutes the Content Creator’s own opinions. None of the information contained in the Blog constitutes a recommendation that any particular security, portfolio of securities, transaction, or investment strategy is suitable for any specific person. You understand that the Content Creator is not advising, and will not advise you personally concerning the nature, potential, value or suitability of any particular security, portfolio of securities, transaction, investment strategy or other matter. To the extent any of the information contained in the Blog may be deemed to be investment advice, such information is impersonal and not tailored to the investment needs of any specific person.

Investing in the investments discussed in the Blog may be risky and speculative. The companies may have limited operating histories, little available public information. The stocks discussed may be volatile and illiquid. Trading in such securities can result in immediate and substantial losses of the capital invested. You should only invest risk capital not required for other purposes, such as retirement savings, student loans, mortgages or education.