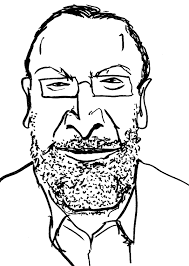 Baupost Group activist filings are rare events. Seth Klarman, the renowned value investor who heads Baupost, prefers to take passive stakes in companies. Since 2006, Baupost has filed 352 passive 13G filings, and made only 25 activist 13D filings, according to data from WhaleWisdom.com.

The returns of investors following Baupost into its activist positions have varied, with some big winners and a couple losers. Generally, holdings showing relatively high conviction by Klarman — based on the ranking of the position in the fund’s portfolio — have performed the best.

“The Reporting Persons intend to review their investment in the Issuer on a continuing basis and may also engage in discussions with management and the board of directors of the Issuer, other holders of Common Stock, financing sources, and other relevant parties, concerning the business, operations, governance, strategy, capitalization, ownership and future plans of the Issuer and the management and board composition of the Issuer….”

Baupost bought 5 million shares at $10 in an underwriting of Translate shares. Over about six weeks prior to the Sept. 18 offering, Baupost bought 12,544,239 shares of TBIO on the open market at an average price of $9.36. TBIO closed at $10.02 down fractionally after the Baupost filing.

The stock represents about 1.58% of Baupost’s long portfolio after the recent purchases, making it the fund’s 19th largest holding.

Here are the other holdings over the years that Baupost has made 13D/activist filings on. I’ve calculated the “followers return” that investors who bought when Klarman filed the initial 13D, and sold when Baupost dropped below a 5% position, would have attained.

Baupost reported a 16.01% stake in Breitburn Energy on April 30, 2009, filing a passive 13G. But Klarman switched to an activist 13D stance as the shares declined, and the company announced a suspension of distributions to unit holders.

“the Reporting Persons determined to file this Schedule 13D to reserve their right to take steps to bring about changes to increase unitholder value which may include changes in the board composition of the Issuer’s general partner, strategy and future plans of the Issuer…”

Buying on the 13D day and selling two and a half years later would have resulted in a 226% profit, an annualized return of about 80%.

One again, an initial passive stake became an activist stake after one of Klarman’s holdings declined significantly. Baupost went activist on Idenix Pharma on Nov. 1, 2013, reporting a 5.74% stake. It was a major holding for Baupost — the fund’s #5 position.

True to form, Klarman started as a passive 5% holder of Biotie Therapies, but switched to an activist stance on January 20,2016 when Biotie received a buyout offer. In the 13D, Baupost reported it increased its stake to 17.1% of the company’s shares. It was the fund’s #25 position at the time.

Followers who bought BITI upon the 13D filing made $1.79 if they held until the merger went through. The return would have been 7.25% over less than 3 months, about 35% annualized.

“In connection with the acquisition of the Notes by Baupost, the Issuer agreed to use its best efforts to obtain stockholder approval for an increase in its authorized shares of Common Stock sufficient to convert the entire aggregate principal amount of Notes into shares of Common Stock and Baupost has agreed to vote in favor of any such proposal. The Issuer also agreed to increase the size of its board of directors by one and appoint a director designated by Baupost to serve until its next annual meeting of shareholders (“Annual Meeting”). For as long as Baupost continues to beneficially own at least 20% of Issuer’s Common Stock, the Issuer has agreed to nominate a director designated by Baupost for election to the Issuer’s board of directors at each Annual Meeting…”

Followers buying at $4.60 that day who held for three years until Klarman exited, would have lost 27%.

Orexigen was another of Baupost Group activist filings that didn’t pan out. The fund disclosed a passive 17.17% stake in that company on Oct. 9, 2015. As Oriexigen’s operations declined — it’s weight loss drug struggled to gain wide use — Klarman averaged down, even after OREXQ entered Chapter 11 bankruptcy. The position was closed at $0.01 in June of this year. Pretty much a complete loss. It should be noted that when Baupost filed its 13D, Orexigen was only a $3.9 million position, a mere 0.18% of Baupost’s $5.5 billion portfolio. So the losses from Orexigen were relatively nominal to the fund.

Baupost filed a 13G on Information technology company Viasat on Nov. 9, 2009, disclosing a 14.72% position. The stock was at about $30.22. It wasn’t until Oct. 4, 2018 that Klarman filed an activist 13D on the long-held position, simultaneous with a joint press release with the company. VSAT announced it invited Baupost to participate in meetings of its Board of Directors in a non-voting observer capacity. VSAT closed that day at $62.73. The stock hit $97 in late May and recently traded at $77.68, a 23.8% gain over about 11 months, about 26% annualized.