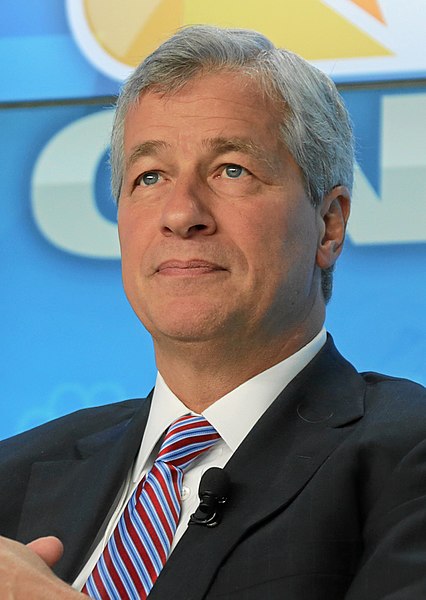 Jamie Dimon’s insider buying history is one of the best on Wall Street.

Baron Rothschild purportedly said: “Buy when there’s blood in the streets, even if the blood is your own.” During the financial crisis of 2008-09, investor blood flooded Wall Street – and main street. But for many prescient corporate insiders, buying during the market carnage earned them fortunes. And for investors who had the foresight – and nerve – to follow insiders into these ultra-contrarian investments, the worst of times turned into the best of times.

The worst of the financial crisis was precipitated by Lehman Brothers bankruptcy in September of 2008. The 158-year-old institution, with 250,000 employees, the 4th largest investment bank in the U.S., collapsed under the weight of worthless sub-prime mortgages. Lehman went from a market cap of $60 billion to virtually nothing in a year-and-a-half. After last-ditch efforts to rescue the bank failed, on Monday Sept. 15 Lehman declared bankruptcy, causing the stock to plunge 93% from its previous close.

Lehman’s swift implosion destroyed investor confidence. Investors worried that if a bank of Lehman’s stature had been built on pillars of sand, then no financial institution was safe. Over the next three months, the S&P 500 dropped nearly 50%, led lower by the financial sector.

Prior to the financial crisis, JPMorgan Chase (NYSE:JPM) CEO Jamie Diamond had developed a reputation for running the country’s second largest bank conservatively – perhaps too conservatively. He insisted on building a financial “moat” around JPM. This strategy paid off in spades as the crisis unfolded, leaving Dimon in a position to snap up two financial firms for literally cents on the dollar: Bear Stearns, purchased for $2 per share on March 16, 2008 (7% of the market value two days earlier). And Washington Mutual, at the time the nation’s largest Savings and Loan, bought in for $1.9 billion on Sept 25, 2008.

But JPM stock had not escaped the market crash – the shares had been cut in half over the prior year.  Investors were increasingly concerned that the 2nd largest bank in the U.S. had made a mistake with the acquisitions and had more exposure to sub-prime than disclosed. When the company reported on January 15 that fourth-quarter profit fell 76 percent, confidence in JPM was cracking.

One could argue that relative to his net worth, Jamie Diamond’s insider buying was not that impressive. But the insider transaction made headlines — it was at the time the banking veteran’s largest buy ever. In early 2009 investors no longer believed executives who said “everything was fine.” Dimon’s big JPM purchase put real skin-in-the-game – he placed a significant personal bet on the future of the bank. It was a vote of confidence not lost on Wall Street. Dimon’s disclosure led to a quick 22% rally in JPM over the next several days.

It should be noted that Jamie Dimon’s insider buying in January 2009 did not mark the bottom for JPMorgan stock – there was significant volatility yet to come. On March 6 of 2009, JPM hit its financial crisis low of $14.96. In any case, an investor who joined Dimon and bought when there was blood in the streets, and weathered subsequent share price volatility, would now be sitting on major profits in a blue-chip bank.

And I’ll point out that the 2009 buy was not the last of Jamie Dimon’s insider buying. He’s shown an impressive history of timing JPM buys since then. He purchased another $17 million in July 2012 when the stock took a hit due to the bank’s London Whale trading fiasco.

Sign up here to receive the ongoing series on insider trading.