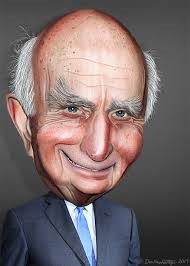 Home Depot co-founder Ken Langone, 83, is famously frugal. In an interview with CNBC last year the multi-billionaire told of challenging the cable company’s $200 bill for his Manhattan apartment’s service. “The point I’m making is it’s not that I’m cheap, it’s just that I want to make sure I don’t squander money,” Langone said.

Yesterday Langone, a director of Unifi Inc. (UFI), disclosed buying 40,000 shares of the textile manufacturer at an average of $21.26. on Feb. 6 and 7. Though he’s been a director and frequent buyer of UFI since 2007, Langone’s recent purchases were the largest in dollar terms he’s ever made of the stock. Notably Langone was an aggressive buyer of UFI during the financial crisis, buying UFI as low as $0.67 in March of 2009.

On January 14, the Greensboro-based Unifi warned that second quarter results would be “considerably lower than we anticipated.” The shares dropped 20% as a result, hitting a five-year low. On Feb. 4, the company reported an operating loss and lowered its guidance for the fiscal year.

The company laid most of the blame for the shortfall on a jump in raw material costs, hurting demand in the Americas. “We did see some revenue growth from our International segment, but it was muted by shortfalls in the Americas,” said CEO Kevin Hall on a conference call with analysts.

In November, Jeffrey Ubben’s ValueAct Holdings filed a 13D/A on UFI, disclosing purchases of over 200,000 shares at prices ranging from $26.36 to $26.98. The hedge fund first disclosed a 5% position in UFI last May, stating in a 13D that the hedge fund “had and anticipate having further discussions with officers and directors of the Issuer in connection with the Reporting Persons’ investment in the Issuer.” Ubben’s funds now controls over 11% of UFI’s outstanding shares.