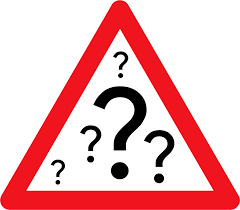 The stock market is being hit with record insider selling. WhaleWisdom’s Weekly Sell/Buy ratio for the week ending Feb. 15 showed the highest ratio of selling by C-level officers compared to buying since early January 2014. It was also the 3rd highest reading/most selling since 2008. Last week’s insider selling ratio was only slightly lower.

Only two months ago we reported on record insider buying. On Dec. 28 we wrote: “aggregate insider buying is suggesting the odds of a near-term bottom are good.” The S&P 500 put in a bottom on Dec. 26 and is up over 19% since then.

With insider selling hitting record levels, are we now calling a market top and looking for a big drop?

Not so much. As we’ve discussed previously, corporate insiders, who have superior information about their companies, sell shares for many reasons: Portfolio rebalancing, lifestyle needs, and to cash-in stock options. Insiders frequently exercise stock options granted as compensation by their company, then sell the shares. Indeed, the selling of endowed shares accounts for the bulk of insider selling.

By selling stock granted as compensation, insiders are essentially cashing paychecks. Such sales do not represent an opinion by the insider on the future price of his or her company’s shares.

In contrast, the reasons for an insider to buy stock are fewer. It’s possible that an executive or director may buy stock as “window dressing” designed to give the appearance of supporting his or her company’s shares. Such “token” purchases are usually fairly obvious, however, by their relatively small size.

More often, when an insider buys stock she does so because she expects the shares to eventually trade higher and increase her wealth. When insiders increase their “skin in the game” it tends to be bullish for the stock. Cluster buying is even more bullish. That’s when multiple insiders buy their own company’s shares over the same period.

We should emphasize however that insider buying by some insiders is more significant than others. Decades of academic studies, along with our own research, suggests that C-level executives are the most knowledgeable about their own companies. More so than directors and large shareholders. Certainly there are exceptions, but generally, CEOs, CFOs, COOs and Chairpersons are the insiders whose trades contain the best information.

The WhaleWisdom Buy/Sell ratio is based on the transactions of C-level executives.

The record insider selling is not a doomsday market signal — more like a flashing yellow light.

The recent historic spike in aggregate insider selling is not a mirror-image of the dramatic insider buying signal of two months ago. The selling does however underscore that the buying opportunity from last Christmas has come and gone. While we are still seeing some interesting insider buying events, the smart money is on balance using the spike higher as a selling opportunity.

It’s worth noting that the last time the Insider Sell/Buy ratio reflected such an extreme of insider selling, in January of 2014, there was a 6% pullback in the S&P 500 over the next month. Still, the index closed that year about 12% higher.

So, record insider selling does not foreshadow doomsday for the market. However, combined with the big year-to-date rally, caution over the near term is warranted.