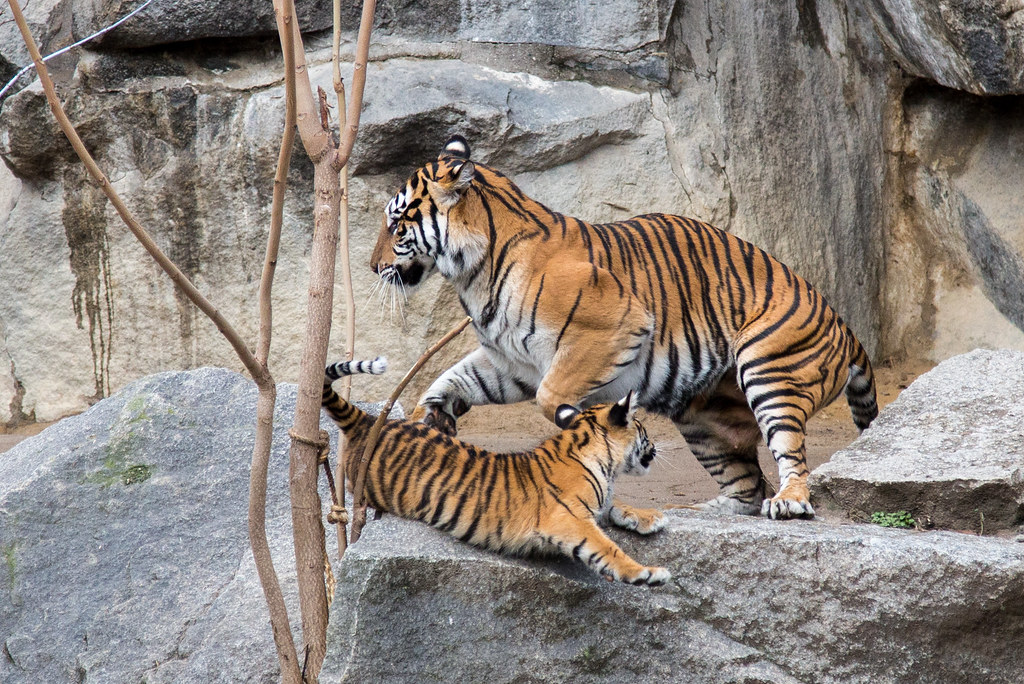 The Tiger Cub Hedge Funds market-beating performance continues. Though Julian Robertson’s Tiger Management folded up its tent nearly two decades ago, his protégés are doing him proud. A portfolio of top holdings of hedge funds linked to Tiger Management was up 14.94% year-to-date through Q2’s end. That’s compared to the S&P 500’s total return of 9.48% YTD.

Many of the Tiger Cub managers pounced on tech stocks during 2018 year-end weakness and have ridden them to big gains through 2019’s first half.

The YTD outperformance continues a trend. Over the last three years, a portfolio of the 31 Tiger Cub Hedge Funds’ top 20 long positions was up 95.03% vs 52.66% for the S&P total return index.

Though there have been periods of lagging performance over the years, members of the Tiger Management “club” have consistently generated market-beating alpha in the years since Julian Robertson shut his fund down. What’s going on here? Do the Tiger Cubs possess secrets handed down from the Master? Does Robertson have a special talent for identifying successful hedge fund managers? Do the Tiger Cub managers gather superior information and share among themselves? Whatever the reason for the Tiger Cub hedge funds’ performance edge, the mystique surrounding the alumni of Julian Robertson’s Tiger Management continues to grow.

But nearly two decades ago, things were different: Julian Robertson was being called a dinosaur and Tiger Management’s long-short strategies were being dismissed as outdated.

Two decades ago Julian Robertson and Tiger Management’s strategies were derided as passé.

In March of 2000, despite two decades of unparalleled performance, Robertson’s “Old Economy” style of investing had become passé — or so many claimed. The internet, with its promise of unlimited upside, had ushered in a new investment era. This “New Economy” had made old school notions of price and value obsolete.

At the time Tiger Management closed up shop in spring of 2000, the hedge fund had delivered annualized returns of 31.7%, net of fees, over the 20 years since its founding. But Robertson’s hedge fund had lost 17.5% in the previous 18 months. Over that time, mania for tech stocks had bloodied Robertson’s shorts while the manager’s “boring” value stocks stagnated. Meanwhile, investors in anything tech-related were printing money. Facing an avalanche of redemptions, the founder of Tiger Management threw in the towel.

This is what Robertson wrote in his final letter to investors:

As you have heard me say on many occasions, the key to Tiger’s success over the years has been a steady commitment to buying the best stocks and shorting the worst. In a rational environment, this strategy functions well. But in an irrational market, where earnings and price considerations take a back seat to mouse clicks and momentum, such logic, as we have learned, does not count for much.

The current technology, internet and telecom craze, fueled by the performance desires of investors, money managers and even financial buyers, is unwittingly creating a Ponzi pyramid destined for collapse. The tragedy is, however, that the only way to generate short-term performance in the current environment is to buy these stocks. That makes the process self-perpetuating until the pyramid eventually collapses under its own excess.

As things played out, the “capitulation” of Tiger Management was a watershed moment that signaled the imminent popping of the tech bubble.

But of course, Tiger Management didn’t really end in 2000. Robertson’s philosophies, strategies, and the “culture” of Tiger lives on. A long list of Robertson protégés set-up hedge fund’s of their own — many of them seeded by the multi-billionaire himself. Some of the “Tiger Cubs,” as they came to be called, have generated returns nearly as good as the master himself.

Below are the hedge funds with ties to Tiger Management. I count 31 Tiger Cub Hedge Funds that filed 13Fs for Q2 2019, have 10 or more positions and at least $100 million under management.* Note that over the years, there has been some attrition among the Tiger Cubs, as managers have retired or closed shop due to poor performance.

Tiger Cub Hedge Funds with managers who worked under Julian Robertson, but were not funded by him:

*In 2010 Julian Robertson reopened a hybrid version of Tiger Management focused on seeding Tiger Cub Managers, though it also runs a long-short book.

Tiger Cub Hedge funds that were seeded by Julian Robertson after he closed Tiger Management in 2000.

Tiger Cub Hedge funds with key manager(s) who worked under a Tiger alumnus, but were not initially funded by Julian Robertson.