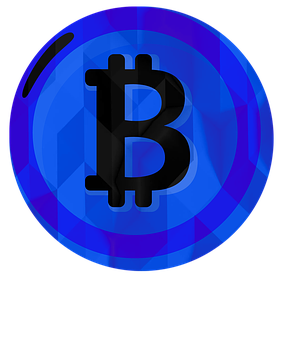 On December 8, 2017 Iroquois Capital Management filed a 13G report with the SEC stating that it owned 3,575,583 shares of Pareteum Corporation (NYSE: TEUM). For several days after the investment fund’s public disclosure TEUM hovered around $0.75, but soon it’s price began climbing. Then on December 26, Pareteum announced in a press release that it had:

“…completed development enabling it to add support of Blockchain technology to its billing and settlement services. This newest service capability enables Pareteum customers to participate in the transformational ‘Digital Economy Monetization to the Cloud’ and now accept and process Bitcoin, Ethereum, Litecoin, Airtokens and other forms of cryptocurrencies.”

The stock hit $3.39 on January 3. After considerable volatility, TEUM shares were recently trading around $2.70.

Iroquois’ purchase just weeks before Pareteum’s major announcement was fortuitous. Obviously, the fund’s principals had unique insights that led them to invest over $2.6 million in a seventy-cent stock.

For investors interested in blockchain and cryptocurrency-related equities, SEC filings offer a wealth of information. While it’s not always the case, “Whales” — professional investors who manage millions and even billions of dollars – often have knowledge about public companies not available to the public. Hedge Funds and other institutional managers spend large sums on research and have the clout to meet face-to-face with company management. Analyzing the moves of these “smart money” investors can be very profitable for investors.

An investor or investment group is required to file a 13G within 10 calendar days of acquiring 5% or more of a public company. While 13G filings are for passive investments, 5% acquirers that intend to engage management and actively increase shareholder value must submit 13D filings. Both of these reports are available publicly at the SEC’s Edgar site or at services like WhaleWisdom.com.

“Whales” — professional investors who manage millions and even billions of dollars – often have knowledge about public companies not available to the public.

Now obviously not every 13G or 13D filing will presage 400%+ price gains. Investors would be well advised to use smart money filings as a starting point for more research, particularly on the identity of the filer. It’s one thing if Warren Buffett files a 13G on a company — many of us would follow him into that stock, no questions asked.  But it’s quite another matter if a pump-and-dump artist is acquiring shares looking to scam a quick profit. We’d probably want to avoid that stock like the plague. Or maybe look into shorting it and profiting from its inevitable collapse…

Another SEC filing that Crypto-focused investors can use for profitable ideas are 13F filings.  The SEC requires that funds with over $100 million in AUM disclose their complete holdings quarterly. While 13Ds and 13Gs are filed within 10 days after an entity acquires 5% ownership, 13Fs must be filed within 45 days after the end of every quarter. So, the positions of every U.S. investment fund with $100 million under management are published every three months.

Below is a table reflecting combined 13F and 13G filings for select blockchain-related stocks for Q3 of 2017 through the present. The table shows which popular crypto stocks were recently being accumulated by institutional managers. While most of the holdings show 13F at the end of 2017, several stocks also reflect more recent purchases via 13G and 13D filings. The table shows that Pareteum Corp, Social Realty Inc., Riot Blockchain and Bitcoin Investment Trust all had big gains in holdings and increased numbers of funds disclosing investments.

Also, we see that LongFin Corp (Nasdaq: LFIN) had picked-up a few large investors as of year-end. In February that company filed a 13D disclosing  42,150,000 shares of LFIN were held by Meenavalli Venkata. On April 6, the SEC froze trading in LFIN and accused Venkata, along with other company officials, with the illegal sale of restricted securities. The SEC’s press release can be found here. Venkata would not be the kind of Buffett-like manager one would have followed blindly into LFIN.

Note that 13Fs for Q1 of 2018 must be filed by May 15. It will be interesting to see to what extent big investors took advantage of the 1st quarter correction to buy blockchain stocks.

Keep in mind that there are some limitations to 13F analysis: For one thing, the 45-day filing delay after quarter-end means one is analyzing holdings from weeks ago — the fund could have changed its portfolio significantly since then. Also, only stocks that trade on the major U.S. Exchanges qualify as 13F stocks – OTC-traded stocks do not have to be included in 13F filings. The same goes for short positions, commodities and futures: none of these are reflected in 13F portfolios. So, while George Soros may hold a big chunk of Overstock.com (Nasdaq: OSTK) his fund might also be short other blockchain-related stocks as a hedge, positions he doesn’t have to disclose.

Still, 13F analysis can yield valuable information — especially for investors with a somewhat longer time horizon. The great investment managers rarely trade out of positions quarterly, rather they build positions in outstanding companies over time – often years. Investors who mimic the positions of the elite managers typically lose little by delaying purchases and may actually acquire shares at cheaper prices.

Blockchain is a technology in its infancy, and the stocks surging and capturing headlines today may not be the companies that survive and prosper in the months and years ahead. By studying SEC filings and the tracking the moves of professional money managers, blockchain equity investors may gain an edge distinguishing the contenders from the pretenders.