If history is any indication, On Deck Capital (NYSE:ONDK) stock is likely to trade higher in the months to come.

On June 22, Portolan Capital Management LLC filed a 13G disclosing it owned 5.61% of the online lender’s shares.  A 13G must be filed by a passive investor within 10 days of acquiring 5% or more of a public company. Portolan disclosed that it crossed the 5% ownership of ONDK on June 13.

The $20+ million invested in On Deck Capital makes that stock the hedge fund’s #2 position by % of portfolio.

Since 2009, investing equal amounts in Portolan Capital’s top two positions, and rebalancing quarterly, would have generated an average annual return of 57.35%*. This is according to WhaleWisdom.com’s 13F backtester. The S&P 500 averaged a 14.49% total return over the same period.

Portolan Capital is a Boston-based hedge fund with about $1 billion under management. The firm was founded in 2005 by George McCabe, a former manager for Peter Lynch’s foundation.  Obviously when McCabe has high conviction in a stock it pays to notice.

On Deck Capital specializes in small business online loans which the company funds through partnerships with other banks or with its own capital.

On May 8 ONDK reported Q1 EPS of $0.04, beating estimates. The company raised FY18 revenue guidance to $372M-$382M, up slightly from prior view $370M-$380m. ONDK also raised its year adjusted net income view to $18M-$28M vs. a prior view of $16M-$28M. In response to the earnings report, BTIG analyst Mark Palmer reiterated his neutral rating on the stock and said operating expenses remain a concern.

Since 2009, investing equal amounts in Portolan Capital’s top two positions, and rebalancing quarterly, would have generated an average annual return of 57.35%.

An officer with OnDeck Capital since 2007, Breslow has been the company’s Chairman and CEO since June 2012. Prior to the May 30 purchases, he had acquired 26,000 shares at an average price of $4.20 and has never sold any ONDK shares on the open market.

OnDeck’s IPO was on December 19, 2014 at $20, raising $200 million for the company and giving it a market cap of $1.3 billion. It’s been pretty much downhill for ONDK stock ever since. Current market cap stands at about $525 million. However, recent smart money purchases combined with improving price action may indicate that a bottom is in. 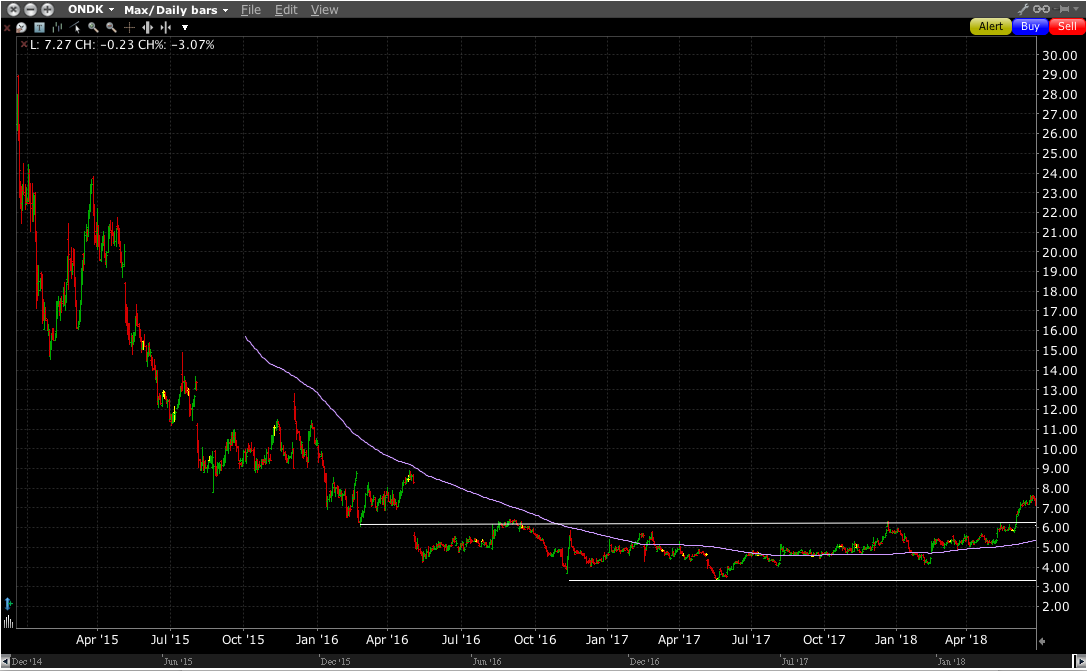